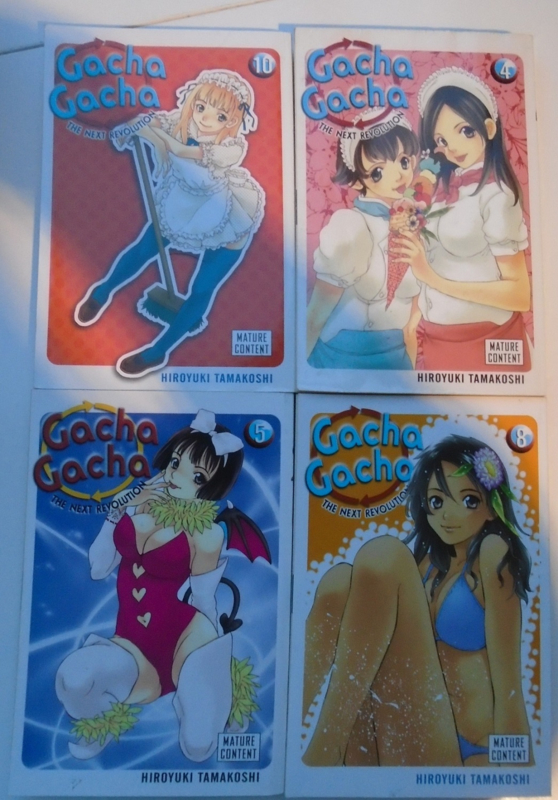 Akira-kun longs to make the traditional New Year's shrine visit with lovely Yurika. But before Akira can make his move, his dreaded archrival Tsubasa whisks Yurika away to work at the shrinea job that's for girls only. Luckily, Akira is always just a sneeze away from female companionship!

Akira is in love with Yurika. But when a handsome guy named Taike starts chatting up Yurika at her job every day, Akira panics. His only hope is to turn into Akira-chan–his female form–and lure Taike away from Yurika. But how far will Akira go in the name of love?

At first, it seems like just another typical gender-bending day for Akira-kun. He transforms into his female self, Akira-chan, and heads for the Rock Stock Café to see his true love, Yurika. All’s well, until in walks Shinobu, the roughest, toughest, meanest guy in school. Shinobu is after one thing: a date with Akira-chan. Akira is in a real pinch–if he turns Shinobu down, he’ll make the bully mad, and if he says yes, there’s no telling what might happen. Then again, Shinobu is kind of cute.

Akira isn’t the best student in the world, but he always manages to scrape by–until he gets his fifth F of the year. Now he’ll flunk out unless he can ace his math makeup exam. The problem is, Akira is hopeless with numbers. Luckily, math wiz Yurika and her cute sister, Anju, offer to help Akira study. For motivation, the girls give Akira positive reinforcement every time he gets a problem right. The rewards start out small, but soon he has the girls feeding him cake, changing into their swimsuits, and hugging and squeezing him. With incentives like these, Akira could turn into the next Einstein